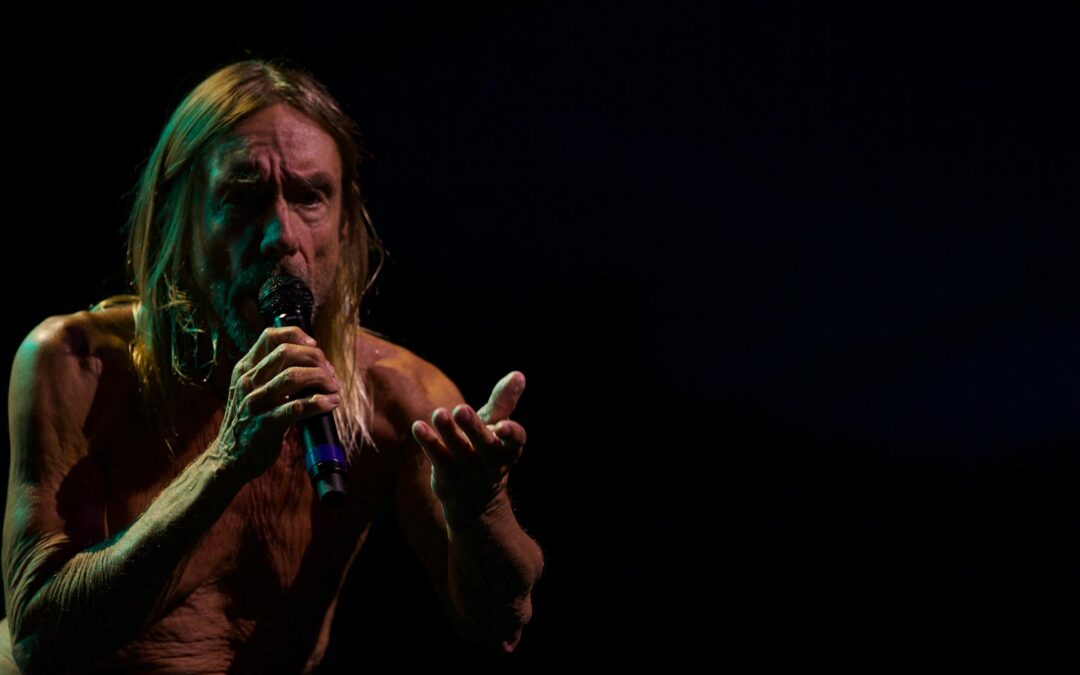 From avant-garde over jazz to rock and clubsounds

Friday, August 12 will be the perfect opening day, dedicated to the music of the future. Winning the Young Jazz Talent award, Nabou Claerhout – last year one of Klara’s promising Twenty-somethings – got the opportunity to create her Trombone Ensemble, a band featuring no less than six trombones. She is followed by the Belgian-Ghanese multi-instrumentalist Esinam, who weaves musical styles from different cultures and fascinating rhythms into a unique and contemporary sound. Blackwave. offers a splash of the nineties, mixed with smooth grooves. The captivating urban queen Coely brings Belgian world class to the festival before the night stylishly ends with Lander & Adriaan, bringing their ‘360° Ground Floor Aftershow’, full of summertime club vibes to the park.

Saturday, August 13 is all about avant garde and rock music with Iggy Pop, Thurston Moore Group, TaxiWars, Alabaster dePlume and Karen Willems exploring the musical bridges between jazz, punk-rock and noise with a lust for life and an open mind.

But wait, Iggy Pop at a jazz festival?!

‘Oh yeah!’ say the organizers. ‘The first announcement two years ago, was followed by a buzz of disbelief and incomprehension, but the legendary rocker definitely belongs here.’ When Iggy Pop was once asked who he would like to be the support act for The Stooges, he sounded determined: ‘Sun Ra’. And so it happened. More recently, two years ago the singer was featured as vocalist on the very fine jazz album ‘Loneliness Road’ by pianist Jamie Saft, bassist Steve Swallow and drummer Bobby Previte. And with his own album ‘Free’, released in 2019, he took a substantial step towards jazz. This music perfectly suits a day full of nostalgia, adventure and musical fun. A day with Sonic Youth guitarist Thurston Moore and his Thurston Moore Group bridging the gap between experimental music, noise and jazz. Tom Barman and Robin Verheyen’s TaxiWars races back and forth between jazz and rock while Alabaster dePlume and Karen Willems Terre Sol Four skilfully balance between atmospheric jazz and experimental music.

Sunday is jazz day, when Jazz Middelheim honors the greatest jazz musician in Belgian history with the ‘Toots Thielemans 100th Anniversary Official Concert’. The godfather of the festival would have turned 100 this year, reason enough for a tribute with a set that includes both his film music and his jazz repertoire. Some of Belgium’s finest jazz talents will get everyone in the mood for this celebration: Jef Neve presents his ‘Mysterium’ project, trumpet player Bert Joris will join forces with his son Sam for his 65th birthday, and Anneleen Boehme and her Grand Picture Palace will rival with the grandeur of the castle at the venue, Kasteel den Brandt.

The final day, Monday August 15, bills a special project by Aka Moon to celebrate their 30th anniversary. With the Fred Hersch Trio & Desguin String Quartet and the Kurt Rosenwinkel Trio on the programme even more traditional minded jazz fans will get what they want. And as Jazz Middelheim strives to help young musicians grow, cooperating with the jazz department of the Antwerp Conservatory, the festival asked Danish artist Jakob Bro to coach a student ensemble. This project will kick off that last day as Flight of the Black Zebra ft. Jakob Bro.

Jazz Middelheim takes place from August 12 to 15, 2022 at Park Den Brandt, Antwerp.
Tickets are available only via jazzmiddelheim.be. Children’s tickets (3 to 12 years) cost 8 euros and include access to the children’s playground with professional supervision and animation at the festivalgrounds.

Those who had tickets for the day with Iggy Pop in 2020, have received vouchers by email to replace the tickets. These vouchers can now be redeemed.

Radio 1 and Klara join forces for a broadcast of the birthday concert at Bozar on April 29. The Metropole Orchestra, Brussels Jazz Orchestra, Philip Catherine and Kenny Werner will pay tribute to Toots Thielemans. Broadcast from 6 pm – 10.30 pm, with Lies Steppe, Annelies Moons and Bent Van Looy.

Klara at Jazz Middelheim
Enjoy Jazz Middelheim from the first row, even at home or on the road. Experience the concerts live on Klara and via the Klara app. Videos and interviews are readily available on klara.be/jazzmiddelheim and on the Facebook page of Klara.