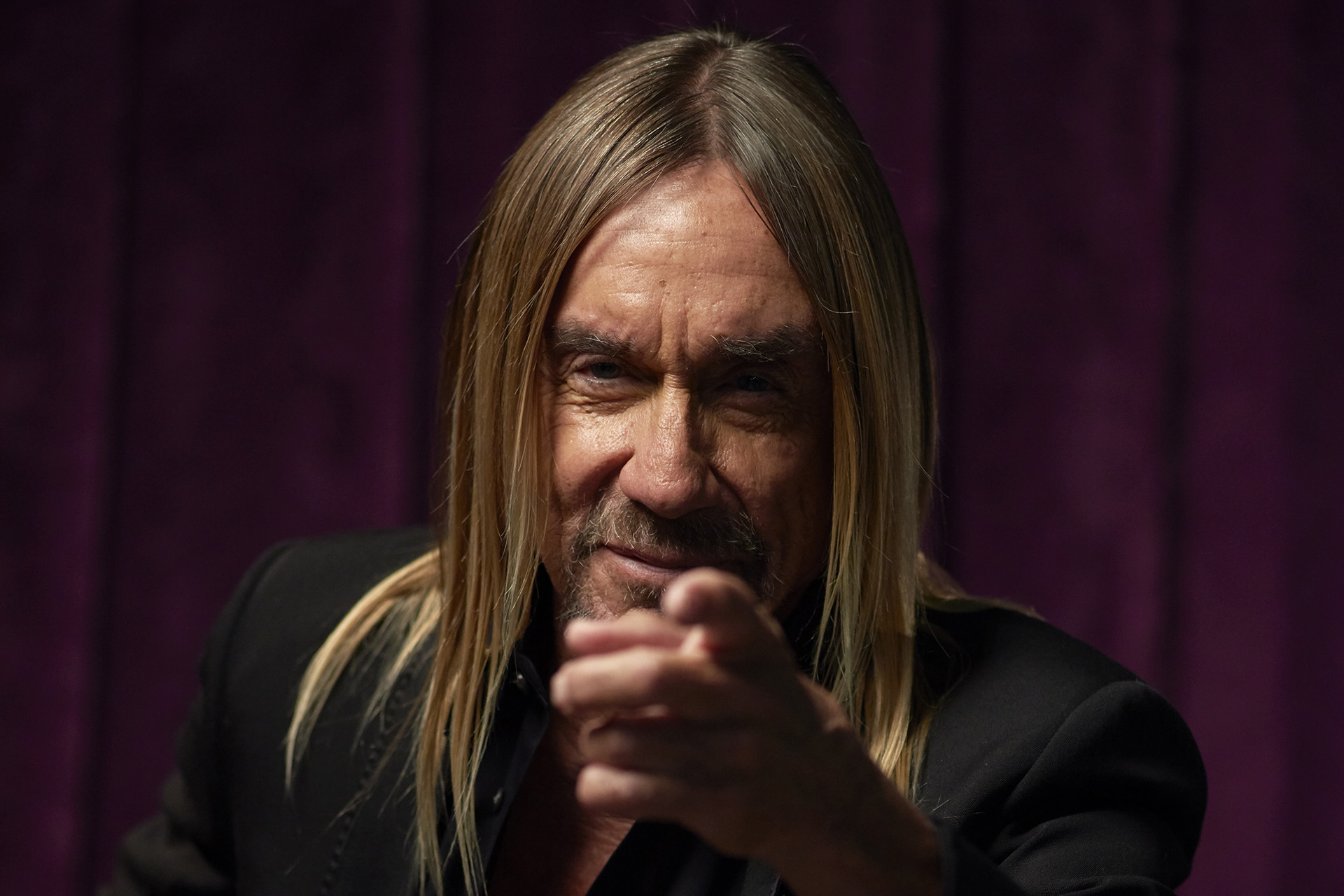 Doors open at 1 p.m.
Your ticket gives you access to all concerts of this festival day.
This is a standing concert day.
Tickets cost 79 euro (standard). Youth tickets (-26) are availble for 59 euro and children tickets for 8 euro.

â€œIggy Pop at a jazz festival ?!â€, we hear some of you grumbling. Yes! Once asked who he would like to see in the supporting act of The Stooges, the punk legend Sun Ra replied. (And so it happened.) And two years ago he recorded the very impressive jazz album Loneliness Road with pianist Jamie Saft, bassist Steve Swallow and drummer Bobby Previte. To say the least: Iggy Pop has something with jazz.

Even more: his latest album is called Free, and coincidentally lets jazz be just that – free! Moreover, the album was almost completely penned by the American jazz trumpet player Leron Thomas and the American music magazine Rolling Stone was surprised – in a positive way – about the jazzy wind players and â€œSinatra-style crooningâ€ on the album.

But Iggy Pop will not only play songs from Free at Jazz Middelheim. You can also expect uncut versions of classics such as â€œI Wanna Be Your Dogâ€, â€œThe Passengerâ€ and â€œLust for Lifeâ€!

As icing on the cake, Iggy Pop will also perform earlier that day at Jazz Middelheim with the American bass player Bill Laswell who in 1988 produced the album Instinct by the Godfather of Punk. Because even if he hasn’t made any music himself for the past four decades – both solo and with Brian Eno, John Zorn and Ryuichi Sakamoto – Laswell sat at the mixing desk for records by, among others, Laurie Anderson, Herbie Hancock, Afrika Bambaataa and Iggy Pop.

As a musician, Bill Laswell also spent years happily mingling in the most diverse genres: from jazz to hip hop to funk and even dub, reggae and drum & bass. He did the latter a few times with his band Method of Defiance and in the past he enlisted the help of various leading drum & bass acts as well as jazz icons such as Pharoah Sanders, Herbie Hancock and Wayne Shorter.

And next summer at Jazz Middelheim also from Iggy Pop, because the punk legend will be on stage as a special guest with Bill Laswellâ€™s Method of Defiance!

Iggy Pop and Bill Laswell present Method of Defiance with special guest Iggy Pop appearing at Jazz Middelheim on 14 August, in collaboration with the city of Antwerp. Ticket sales will start on Friday 20th  December at 9 a.m. via jazzmiddelheim.be.