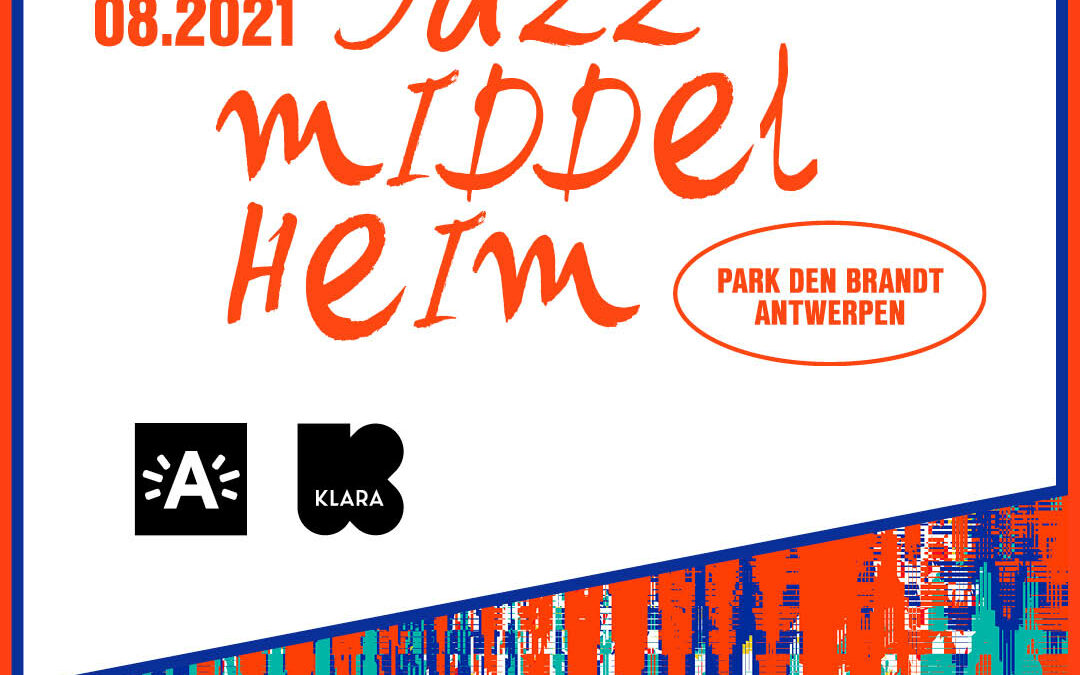 In recent years, Jazz Middelheim ran from Thursday to Sunday. But because major festivals in Belgium are only allowed again as from Friday, August 13, we’re pushing the festival forward one day this summer. Moreover: we are adding a whole day. Just like in the old days, when Jazz Middelheim lasted for five days. Because let’s face it: we have some catching up to do!

The festival starts on Friday, August 13, and ends on Tuesday, August 17. This makes Jazz Middelheim the first major Belgian festival to take place since the start of the pandemic. But maybe even more important: the line-up is also the most international since March of last year. In other words, the 40th edition of the oldest jazz festival in the country will have a line-up that would make champagne bottles pop in any given year.
The headliner on Monday, August 16 will be Avishai Cohen Trio. Over the years, we’ve developed a sort of love affair with the Israeli double bass player. When he first played at the festival in 2012, he was still a promising artist. Since then, Cohen has fulfilled that promise in such an impressive way that he will close the festival on Monday with his unique blend of jazz and classical music. The other names on the bill that day will be announced soon.

Another headliner: STUFF. will close the festival on Friday, August 13. The five-piece band has just released its new album T(h)reats, cementing its reputation as the most explosive Belgian jazz band of the past decade. Though, admittedly, the other acts on the main stage are most definitely not inferior to their swagger: Portico Quartet, Alfa Mist, and Emma-Jean Thackray. The difference with STUFF. is, of course, that they all hail from the hottest dot on the contemporary jazz map: London. But apart from that, they all have a lot in common with the Belgian band: Portico Quartet mixes atmospheric jazz and electronics, Alfa Mist adds a dash of hip-hop and soul, and Emma-Jean Thackray tops it all off with such a pulsating rhythm that you just know that the first day of Jazz Middelheim is going to be one big (liberation) party.
And just in case there should still be any doubt about that: Friday’s second stage will be curated by Lefto. The Belgian counterpart of UK jazz DJ Gilles Peterson has picked three particularly electrifying bands: Boombox Experiments, KAU trio, and ECHT! Yes, with an exclamation mark, because the four are no longer the best-kept secret of the Brussels jazz scene. Quite on the contrary. Also, Lefto himself will perform alongside the Antwerp rapper NAG.

A completely different story will be unfolding on Saturday, August 14, with the already announced iconic trio John Zorn, Laurie Anderson & Bill Laswell as headliners. Another trio is now set to join them: MiXMONK, the high-profile alliance of Bram De Looze, Robin Verheyen, and legendary drummer Joey Baron. The three of them will pay tribute to Thelonious Monk, while the young Belgian jazz drummer Samuel Ber will take charge of the second stage on Saturday. He will be playing both solo and with Reservoir Ghosts, Pentadox and Malabi-Dumoulin-Ber.
The latter bands had already been announced, as had the almost complete line-up for Sunday, August 15. Tunisian oud legend Anouar Brahem will close the main stage that day after Youn Sun Nah and Michel Portal respectively put the sound of Asian and European jazz on the (world) map. Belgian sax player Toine Thys is performing on the second stage that day – solo, but also with guru.farm and Overseas ft. Harmen Fraanje. Finally, Le Ravage d’Ali Baba too is on the bill of the most beguiling day of Jazz Middelheim this summer.

More names (including the full line-up for Tuesday, August 17) will be announced soon.

Tickets cost €39 (August 13, 15) and €44 (August 14, 16), and can be purchased exclusively at www.jazzmiddelheim.be. Please note that all ticket buyers will be required to present a covid passport or a negative covid test to enter the festival park! This is the only way to make sure that people can enjoy Jazz Middelheim this summer pleasantly and safely.